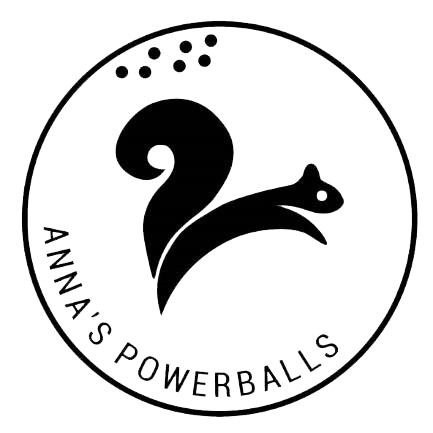 The main idea of Anna’s Squirrels is to create a fun but competitive atmosphere on the course for juniors aged from 5 years to 12. The only requirement to take part in Anna’s Squirrels is that the child needs to be able to consistently play the ball forward with no “freshies”. We want to teach them what the game is all about, a bit of etiquette as well as sportsmanship and camaraderie. I have made 3 different categories based partly on calibre and partly on age. You choose yourself what group your child will fit into.

Boys and girls play together as there is still no big gender inequality due to strength at this age. To save time, we stick to the “double par” rule for the scoring. This means that you should pick up the ball if the child has taken more shots than double the par and the ball is not yet in the hole. ( I.e reached 6 shots on a par 3, 8 on a par 4 and 10 on a par 5)

After every game and after about a 30 – 45 min play on the playground (gives me time to do the scoring ☺), there is an award ceremony where we hand out a sheet with stars and their score (optional). No junior must keep score, but they can if they want to. The scores that are turned in, I document on each child’s individual reward sheet so they can compare how they get on throughout the year. There is also an Order of Merit at the end of the year to encourage participation and development. At “prize giving”, I only read out the winners’ score of each category and these winners have to give a speech. I also give a healthy snack (biltong, fruit or similar) and water (before & after the game) to encourage them the proper way to snack/ eat / drink. We always play on a Sunday afternoon once / month with a short winter- as well as summer break, when the elements are not in our favour. Come and join us and let’s have fun with golf!

The idea is that the game will be played over 18 holes. There will be 4 groups/ divisions: U 13, U 15, U 17 & U 19. If the player has HCP 18 or below, you play medal (A division). Players with a HCP 19 and above (B division), also play stroke play but they pick up after double par. The player needs to have a registered HCP to play in Anna’s Power Balls, if not, they may continue to play in Anna’s Squirrels.

I would like girls and boys to play together. In the U 13 age group, both girls and boys will play from the red markers, and in the older age groups they juniors play white - and red tees, respectively.

The tee off times will be from 12.00 am so that players will turn at the same time as Anna’s Squirrels tee off for their 9 and 5 holes. This way, it will make one prize giving possible.

The leader of the OOM of Anna’s Power Balls in the U 17 (after the June event) will get a Wild Card into Anna’s World Ranking event called Friends of Engelberg hosted by Anna. (That player, needs to fulfill the criteria for this specific event however)

I am extremely excited to keep growing Junior golf and I am hoping that you will be just as excited about this idea as I am!

June has been an unusually busy month. With the school sports being cancelled, many kids have started with golf and this positive increase shows in the number of active children taking part in my junior groups.

I can see the largest increase in numbers every Saturday in my GLG program. I am now averaging approx. 10 -15 girls ever Saturday, compared to last years’ number of 5 to 8 girls. I know this will bear fruit in the future! Most Squad Players have assisted me with the girls at 11 o’clock on Saturdays, but Annie Scheltema is the one who is the most generous offering her time. The girls really enjoy having an older female teaching them and I believe in the ‘giving back’ philosophy.

Anna’s Squirrels & Powerballs have also increased in popularity. This month, June, I had 60 kids competing. I have never had an event with more than 35 players until 2021. This event is open to any junior who can hit the ball forward. Come and join the fun at Devonvale Golf Estate!

This month’s Squad practice was good fun. The turnout was great, and we had most Squad players attending from far away, for a change. It was also nice to welcome some of the senior Squad players such as Vanessa Smith, Annerie Cotzee & Mimi Hosking. Biokinetics, Marlene from Pearl Valley, shared some of her expertise in this session. First, she ran a quick warm up session followed by the introduction and the use & advantages of speed sticks. Most players increased their club head speed by a lot after her session, good fun!

During these Squad sessions, I mostly focus from 100 m and in as I believe this is where most players need work. I set up various short game drills so they can test themselves and, also see how they perform compared to the rest of the Squad. I always end the training off with a fun team event. The purpose of these Squad sessions, is to get the Squad together (team building) and also to iron out some technical questions should they have any.

The young Future Squad including Mia Brewer, Lika Shrives, Rea Do Kock as well as Xante Jefthas, is also going well. I see them once per month and the progress is obvious. I set up similar short game drills as I do for the older Squad Players, however, during this session, I make sure I teach the girls the basics of each short game shot as well. Rea De Kock (8yrs) and Mia Brewer (10 yrs) stand out in this group and it wont be long until the will fight for a spot at SA girls!

Please excuse my English, my Swedish is a lot better.

Thanks to Boland Ladies Golf for the support.